skip to main | skip to sidebar

In September I started working on a pirate design. The shape of the pirate hat on the little flippy body really turned me on. The idea came from a sketch I did. 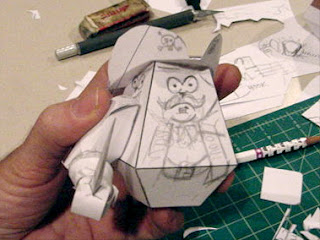 Well I was happily working away and suddenly it was October. I thought, hey I have a cool idea for a ghost. So, putting the pirate aside. I started to work on a ghost for Halloween.  But as it got closer to Halloween it became clear that I could not finish the design and the layout in time. So I put the ghost design aside. 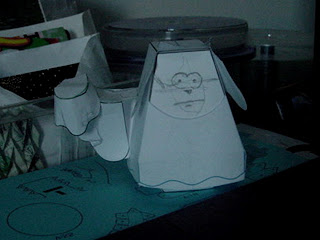 Rather than starting a turkey for Thanksgiving I began working on a Reindeer for the holidays. Here is an early version. The sketch that inspired it looked very funny, but the horns did not look so good after making them. 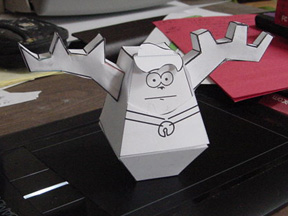 Well I worked through November with a break for T-day and the Rowdy Reindeer are almost ready. Look for them soon :!)
I will finish the pirate and ghost some day. Probably just in time for Pirate Day and Halloween.
Posted by Titus Willoughby Woods at 6:39 PM